You are here: Home / All Posts / Contemporary ephemera:  phonecards 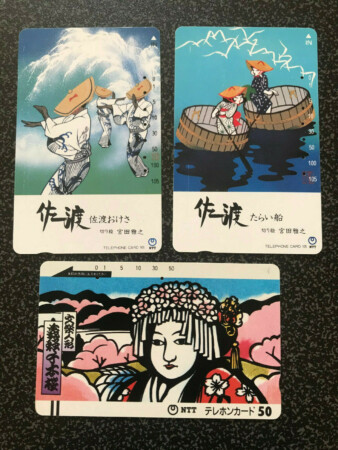 At a recent social event I caught up with a good friend and we got to reminiscing about her late husband’s funny peculiarities, along with the myriad things he was attracted to. Even when he was alive and by her own reckoning, she was ‘always a collector’s widow…’ .

‘He collected Everything!’ She groaned with a laugh, and I asked her how it all started.

‘I distinctly remember it began with the beer strike in Queensland… was that in the late 70s?’ She asked – I had no idea.

‘He did a truck run up there and returned with a few slabs of the local brew. When he unpacked his load, he actually looked twice at the beer cans and was impressed by the elaborately decorated labelling – which were nicer visually, than standard Victorian beer cans. Before too long he’d collected a dozen or so of the more unusual cans, which quickly snowballed to hundreds. That was the first collection he began … this led in turn to others… especially the phonecards.

‘Wait – How did beer cans lead to phonecards?

‘Easy: FOMO – ‘Fear Of Missing Out’ – when he was at one of his first beer can conventions he was asked what else he collected and someone brought out their phonecard album. From then on, he was hooked. At least they were smaller than beer cans.’

Phonecards were extremely popular collectables in the late 20th and first decade of the 21st century, despite a waning utility with the rise of the mobile phone. More importantly, as colourful artifacts of contemporary communication, phonecards are collectable.

Interestingly, the concept of ‘telephone cards’ has roots in the 1880-90s Austro-Hungarian and Bavarian Postal Authorities, with the issue of prepaid ‘tickets’ for telephone calls made from post offices. These were issued in preset values, with design formats similar to postage stamps.

Modern telephone cards (abbreviated to ‘phonecards’ within the industry but occasionally referred to as ‘telecards’) are manufactured pieces of plastic the approximate size and shape of a credit card. First put into use in Italy in 1975 for the purpose of reducing payphone vandalism for coin theft (BBGCommunications, 2008), these cards were ‘stored value cards’ as they were encoded with a readable and pre-set, redeemable value. Their use quickly spread through Europe and within a few years were being utilised worldwide. The cards fit one of three technical categories, being either optical, magnetic or electronic, depending on manufacture technology.

Magnetic strip phonecards were introduced into Australia by the telecommunications carrier Telecom, with engineering trials first carried out in Geelong, Victoria, in early 1990. Soon these were being sold nationally for the purpose of making long-distance and international telephone calls, at a prespecified fee, for a specified amount of time (in minutes). The use of a phonecard involves dialing an access number; keying in a PIN as directed then dialing the destination number. A computerized voice interjects informing the caller of the time remaining. Non-magnetic, PIN initiated phonecards are still available in Australia and a range are purchasable online, with flexible bargains that “offer a fantastic range of cheap long distance prepaid calling cards, which can be delivered to you instantly” (Aussiephonecards, 2022).

In Australia, phonecards have a unique numbering system according to issue date and category and an official Telecom card issuing policy outlined the specifics of intended phonecard design (using mainly Australian designers), manufacture and denominational issue. Early on there was intent to include generic and commemorative issues. However, Japan became the country with the most prolific phonecard use, along with collector obsession – with an excess of 50,000 designs (more than 300 million cards are issued per year) it has been estimated that a third reside, in mint condition, in private collections.

An international passion: Fusilatelists and collecting

After their initial introduction it didn’t take long for the visual appeal and varied card imagery, along with their compact size and wide distribution to make them ideal for collecting. The first catalogue of ‘telecards’ was published in England, by Dr Steve Hiscocks in 1988.

Many phonecard collectors – fusilatelists – do prefer ‘mint’ cards, however, as is the case with much ephemera, various collecting criterion apply – from those in complete sets of specific themes or images; animals, sports or other cultural event-based themes; or those from particular places of manufacture or distribution. As a rule, phonecard rarity increases the value.

When I asked my friend what her husband’s favourites were, she said straightaway, ‘Definitely the Japanese ones, as those were so beautiful and varied. Some had elaborate designs, cultural characters like Pokémon or Hello Kitty, and others had local, scenery images. 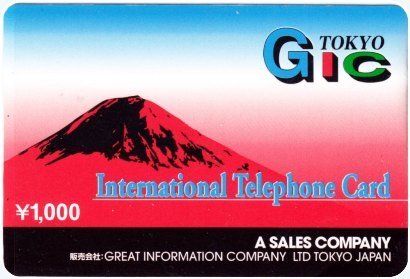 But,’ she went on, ‘what I remember most about his collecting in those days, was being drawn into it, myself. In picking up the kids from school and then doing the phone box round. We knew the local phone box circuit well and the kids would jump out of the car, run over to the payphones and pop their hands under the discard-box to flick out the used ones. Most of the time they were cheap, boring Telecom cards but occasionally they’d be special.

‘Life then was never dull. I guess it must have been a character trait of his, he just couldn’t help himself. But I reckon a lot of you collector nuts are like that,’ she laughed.

Looking for assistance? Contact the ESA with your research and collection inquiries. Our membership base consists of highly knowledgable experts and enthusiasts.     … END_OF_DOCUMENT_TOKEN_TO_BE_REPLACED

Benefits of membership - two (sometimes only one) journals and four newsletters each year; early bird access to the fair; member rates at ESA events and the joy of being part of a society of like … END_OF_DOCUMENT_TOKEN_TO_BE_REPLACED