You are here: Home / All stories / RBW Children’s books – hear from the experts 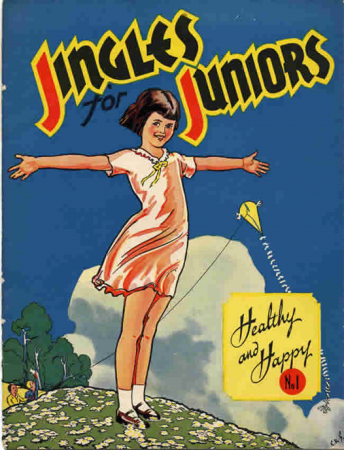 TUESDAY 4 JULY, 6-7 AT THE ATHENAEUM LIBRARY – Children’s books form one of the most varied and charming fields of collecting.This talk will deal with books from the early 19th century to the present. Images will be shown of both English and Australian publications by well-known authors and artists as well as those less common but no less attractive. In addition Richard will show board games, and albums of swap cards, comics and annuals.
Richard Overell was formerly the Rare Books Librarian at Monash University Library, and is now cataloguing rare books in the State Library of Victoria.
Bookings required at 9650 3100.

WEDNESDAY 5 JULY, 11-11.45 & 6-6.45 STATE LIBRARY OF VICTORIA – Shaped books: from die-cuts to laser production A fascinating variation to the production of toy and moveable books was developed at the end of the 19th century when children’s book publishers cut the cover of illustrated books into the outline of a scene or character. Juliet will show a selection of shaped children’s books, from early die-cuts to contemporary laser-cut productions, each designed to catch the imagination of readers and encourage participation with those books.

Juliet O’Conor is the Children’s Research Librarian at the State Library of Victoria. She has specialised in narrative analysis and literary history in her publications, including Bottersnikes and other lost things (2009) and the forthcoming book of her thesis on Indigenous Australian children’s books. Bookings required: 8664 7099.

Looking for assistance? Contact the ESA with your research and collection inquiries. Our membership base consists of highly knowledgable experts and enthusiasts.     … END_OF_DOCUMENT_TOKEN_TO_BE_REPLACED

Benefits of membership - two (sometimes only one) journals and four newsletters each year; early bird access to the fair; member rates at ESA events and the joy of being part of a society of like … END_OF_DOCUMENT_TOKEN_TO_BE_REPLACED