You are here: Home / All Posts / Snapshot of decorated biscuit tins

1868 Exhibit: DON’ T RISK I T FOR THE BISCUIT C o l l e c t o r : JK Occupation: gardener ESA Member: 20+y e a r s *1868 was the date that the f i r s t decorated biscuit tin was produced. It was commissioned by Huntley & Palmer.
JK : I think it began in the late 1960s, as a young boy I had been gathering small trinkets
and storing them in tobacco tins which ended up being stored in larger tins. Over the next
10 years I started my collection of tin packaging; all tin packaging, sweets,
tobacco/cigarettes, gramohone needles, samples, the list is endless. During this period my
mother was enthsiastic about this growing collection so her friends were going through
their pantries and drawers and were happy to give me a range of small interesting tins.
During the 1980s I had a haunt I loved going to in Flinders Lane run by Mrs Berry and her
son Richard. One day Richard asked me why I wasn’t interested in ‘that biscuit tin’. I had
been looking at what I thought was a block of English novels for years. The Huntley &
Palmer tin (1901) was named ‘Literature’; it had beautiful marbling, a tin binding strap to
look like leather… It started my love and appreciation of a period of spectacular biscuit tin
packaging.

The chiefly English biscuit tins on display date from 1875 to 1940. Most of the tins were
designed to be used as a decoration or plaything after the biscuits were eaten.
Some early Australian biscuit makers are represented too: Swallow & Ariell Ltd; Brockhoff’s
and Menz. The small tins are sample tins often holding just one biscuit for the travelling
salesman to offer to the storekeeper. The oldest tin is the cylinder tin which held a
horizontal stack of biscuits and this style tin was used by travellers.

UNTIL 22 AUGUST YOU CAN SEE Cabinets of Wonder exhibition, 12 July–22 Aug 2016 at RHSV, 239 A’Beckett St Melbourne. All welcome. Bring your friends. Entry is by gold coin donation. We reprint the exhibition guide for GJ (there are more than 40 entries. If you want a copy please send payment of $10 to the Ephemera Society of Australia Inc c/- 6 Duke St Richmond 3121 – for costs including postage and handling.)

1. Lifesaver truck c.1920s. There was a truck produced for every flavour each in its own
colour, for example musk was pink. JK
2. Travellers c.1875, slip out case with two handles, Huntley & Palmers (H&P). Rare
example of direct tin printing process. May have been intended for travellers to use
for refreshments on a journey or for travelling salesmen.

21. Dibbets Toffees.
22. Bluebird 1911, lift off lid, McVitie & Price. Modelled on Martin Bros ceramic Blue
Bird. The tin on display has been kept in a smoky kitchen and hence is much stained.
23. Strawberry Box 1909, hinged lid, Macfarlane, Lang & Co. The berries are individually
embossed and so very life-like.
24. Chinese Vase 1928, lift off top, H&P. 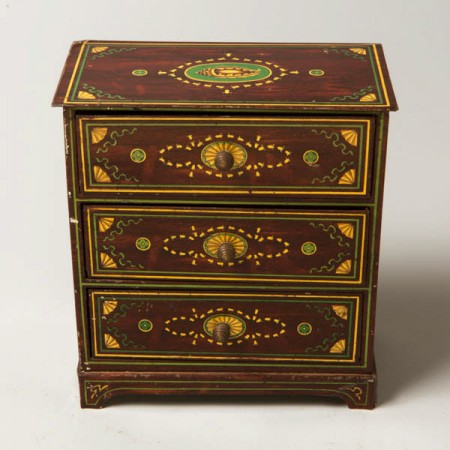 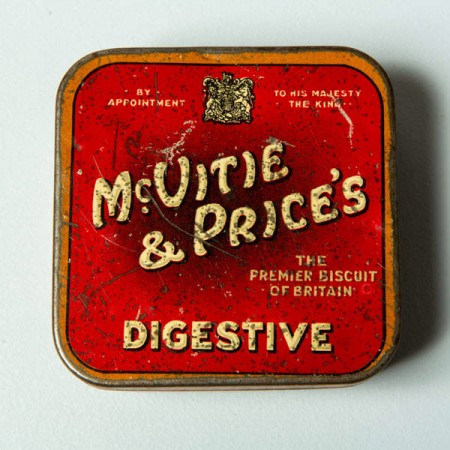 26.The Premier Biscuit of Britain, c.1924 McVitie & Price. This image was used for
many years.
27. Shortbread c.1927 McVitie & Price. Using an image after Landseer’s painting.
Embossed on base ‘Free sample’. The Crawford Tartan Shortbread c.1930 William
Crawford & Sons. The shape of the tin is unsual and dated by ESA at about 1930 as
this is the date of a like Crawford tin White Heather.
28. Dundee Cake 1933 H&P.

Looking for assistance? Contact the ESA with your research and collection inquiries. Our membership base consists of highly knowledgable experts and enthusiasts.     … END_OF_DOCUMENT_TOKEN_TO_BE_REPLACED

Benefits of membership - two (sometimes only one) journals and four newsletters each year; early bird access to the fair; member rates at ESA events and the joy of being part of a society of like … END_OF_DOCUMENT_TOKEN_TO_BE_REPLACED