You are here: Home / All stories / Theatre ephemera 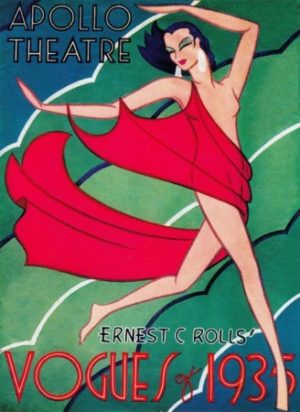 This wonderful new book ‘HANKY PANKY: THE THEATRICAL ESCAPADES of ERNEST C ROLLS’ by Frank Van Straten (Readings & others, hard back $49.95), is full of Australian theatre posters and pictures of theatres & local productions of the 20s & 30s, its quite fascinating. And by some of these shots, a little of Australia’s prudishness was whittled away. The author has previously written Her Majesty’s Pleasure: Adelaide’s theatre of the stars (2013), The Tivoli: Australian vaudeville history, Her Majesty’s Theatre Melbourne (2018), Florence Young: And the Golden Years of Australian Musical Theatre. His very well researched & illustrated books tend to go out of print quickly. Thanks to member Robert R for bringing this to our attention.

This is the previously untold saga of one of theatre’s most controversial creators, Ernest C. Rolls, and his loyal wife, the revue star, Jennie Benson. They brought their talents to the Australian theatrical world in the 1920s. Their chaotic careers survived a daunting succession of personal and professional crises – everything from bankruptcy to murder. Rolls even served a term in prison. This extraordinary story, authored by well-known theatre critic and historian, Frank Van Straten, unfolds amidst an array of evocative, rarely seen, images. The racy text and vast selection of archival images bring to life the remarkable world of a forgotten theatrical great.

Looking for assistance? Contact the ESA with your research and collection inquiries. Our membership base consists of highly knowledgable experts and enthusiasts.     … END_OF_DOCUMENT_TOKEN_TO_BE_REPLACED

Benefits of membership - two (sometimes only one) journals and four newsletters each year; early bird access to the fair; member rates at ESA events and the joy of being part of a society of like … END_OF_DOCUMENT_TOKEN_TO_BE_REPLACED